The History Of Hyperbaric Oxygen Therapy

The History Of Hyperbaric Oxygen Therapy

History of Hyperbaric oxygen therapy, although often considered cutting edge medical technology, actually has a rich history spanning hundreds of years. The techniques and equipment that are used currently have their origins in medical experiments dating back to the 17th century.

The first record of a pressurized chamber used for the treatment of medical conditions was in England in 1662. A clergyman and physician by the name of Henshaw created a chamber capable of creating both hyperbaric (high pressure) and hypobaric (low pressure) environments. This chamber was called the domicilium, and it worked by using a system of bellows to change the pressure in an airtight chamber.

Henshaw’s invention was very important to the development of modern HBOT and mHBOT technology. Henshaw started a dialogue that would lead to major innovations and eventually to the hyperbaric chambers currently in use.

Buy a Hyperbaric Chamber & Save

One year later, in 1837, a practitioner named Pravaz developed a large chamber capable of treating up to twelve patients at a time. He used the chamber primarily to treat lung conditions. Later, in 1877 a scientist named Fontaine developed the first mobile hyperbaric operating theater. At that time, hyperbaric therapy was becoming quite common.

By the late 1800s, hyperbaric practitioners could be found in every major city in Europe. An official standard of care had not been created nor observed and procedures and standards varied greatly between practitioners. The care could vary in the amount of sessions, the time per session, the degree of pressure, and the pathologies that the practitioner claimed to treat.

Hyperbaric Chamber In The US

Meanwhile, the city of Oshawa, Ontario in Canada became the site of the first North American hyperbaric center in 1860. Then in 1861, the first hyperbaric chamber in the United States of America was established in New York. The New York chamber was said to help with aliments of the nervous system, which is one of the conditions that hyperbaric therapy is still used for.

One of the most famous early hyperbaric practitioners was Dr. Orville Cunningham, a professor of anesthesia. In the early 1900s, Dr. Cunningham was treating patients afflicted by the Spanish influenza epidemic. Dr. Cunningham noticed during his practice that people who lived at higher elevations had a much higher rate of mortality than those who lived at or near sea level. Cunningham reasoned that the difference must have something to do with barometric pressure. Based on these observations, Dr. Cunningham successfully treated a colleague with influenza who was near death due to lung restriction and went on to develop his own hyperbaric chamber.

By the 1920s, Dr. Cunningham was a leading proponent of hyperbaric therapy. An industrial tycoon named Henry H. Timken heard about Cunningham’s work and gave him one million dollars to build what would end up being the largest hyperbaric chamber ever constructed. The chamber was built in Cleveland to Cunningham’s specifications. It was a 900 ton sphere sixty-four feet in diameter and five stories tall. Patients would live in the sphere for up to two weeks as atmospheric conditions were cycled between normal and high-pressure environments. While in existence, it was known as both the “Timken Tank” and the “Cunningham Sanitarium.”

The modern era of hyperbaric medicine that began with Dr. Cunningham has continued to the present day. HBOT and mHBOT are being used to treat a number of physiological and neurological conditions and getting astounding results. The road to this modern era has been paved by slow advancements in technique and ever-widening application of treatment to different ailments and conditions.

In the 1940s, the US military began using hyperbaric chambers to treat deep-sea divers suffering from decompression sickness. This is still one of the most common uses of hyperbaric medicine.

The majority of research performed on hyperbaric oxygen therapy can be credited to a medical doctor named Dr. Churchill Davis. Davis was especially interested in how much better cancer patients under radiation therapy reacted while utilizing hyperbaric oxygen. Although some disputed the claims based on the number of ailments that Davis claimed to be able to treat, the doctor’s research forms the basis of modern hyperbaric medicine.

In the 1990s, Igor Gamow made another major contribution to the world of hyperbaric technology, the portable Gamow Bag. These mobile chambers provided high altitude climbers with an effective method to combat the deadly low air pressure at high altitudes. Sir Edmund Hillary, the famed mountain climber, praised the invention. Strangely enough, the bags were never intended to be used for mountain rescue. The bag was developed based on the theory that athletes should “train low and sleep high” in order to produce more red blood cells to transport more oxygen to the muscles, which would theoretically make an athlete faster and stronger.

Dr. Louis Hilliard started Atlanta Hyperbaric Center is 2008 when most people never heard of hyperbaric oxygen therapy.   Dr. Hilliard states, “The largest impact of mild hyperbaric therapy units does not come from their portability. Their importance lies in the low cost and effectiveness of them”. For the first time, a means of applying mild hyperbaric at home, in practice and in research has become affordable and accessible. Mild hyperbaric chamber are filled with air reaching 1.3 ATA – 1.5 ATA. You can add supplemental oxygen with the use of a oxygen concentrator.  These chambers have a great safety record and have show to be useful and economical ways of treatment and building a business.

What You Should Look For When Buying a New Hyperbaric Chamber 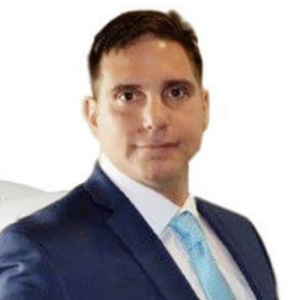 Hello, my name is Dr. Louis Hilliard and I am the owned of Atlanta Hyperbaric Center and Georgia Licensed Chiropractor. I opened one of the first private hyperbaric centers in 2006 and I have been helped thousands of people with their hyperbaric needs.

The Complete Guide to Hyperbaric Chamber Price for New Users

How to Find Hyperbaric Oxygen Chamber for Sale

Atlanta Hyperbaric Center mild Hyperbaric Chambers Are a Class II Medical Device and Is Cleared By The FDA For Acute Mountain Sickness Only and We Do Not Claim That The Hyperbaric Oxygen Chambers Are Intended To Diagnose, Treat, Cure, or Prevent Any Disease.